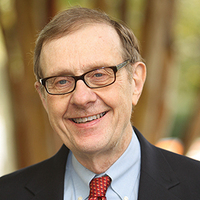 Demographics may not be destiny, but steady and predictable changes to the electorate play an important role in defining the landscape of American politics. Frey draws lessons from the 2020 Census and presidential election, painting implications for the nation’s future. He explains how a major cultural fissure in today’s America and broad demographic forces will alter the nation’s social and political landscape in the not-too-distant future.

William Frey, Senior Fellow, Brookings Institution
William H. Frey is an internationally recognized demographer who has written widely on US demographics, American political demographics, and the U.S. Census. His most recent book is Diversity Explosion: How New Racial Demographics Are Remaking America (Brookings Institution Press, 2018). Dr. Frey is Senior Fellow with the Metropolitan Policy Program of the  Brookings Institution and Research Professor with the Institute for Social Research at the University of Michigan. He has authored over 200 publications and several books including America by the Numbers: A Field Guide to the US Population (with Bill Abresch and Jonathan Yeasting); and Social Atlas of the United States (with Amy Beth Anspach and John Paul DeWitt). His research has been written about in such diverse venues as The Economist, The New York Times Magazine, The New Republic, The National Journal, The New Yorker, and Forbes. His commentary and observations have been featured on broadcast media including NPR’s All Things Considered, The PBS NewsHour, NBC’s Nightly News, ABC’s World News Tonight, CBS’s Evening News, and C-SPAN’s Washington Journal, as well as online and print media including Axios, The New York Times, The Washington Post, and The Wall Street Journal.

Moderator: D'vera Cohn
Senior writer and editor at Pew Research Center. She studies and writes about demographics in the United States, especially the census. Before joining Pew Research Center, she served as a consultant and freelance writer for the Brookings Institution and Population Reference Bureau.