The Modified Major consists of seven courses in anthropology plus four courses above the prerequisite level in one or more other department(s) or program(s). Of the anthropology courses, one must be ANTH 01, 03, 05, 06, 08, or 09 and another must be a culminating experience—ANTH 72, 73, 74, 75, or 76. The seven major courses must include at least one course from TWO of the three subfields (ARCH, BIOL, CULT). Students wishing to modify their Anthropology major must submit a written rationale that makes clear the coherence and purpose of their modified major.

Modified A: A modified "type A" major consists of the seven courses from Anthropology (as described above) and four courses from another single department or program. The plan requires approval of the Anthropology chair (or faculty delegate). The plan also requires approval of the chair (or faculty delegate) for the secondary department or program. Both faculty members, in approving the plan, indicate that the resulting major is an intellectually integrated package. When such a major has been completed, the final records will show a major for, say, 'Anthropology Modified with Biology.'

Modified B: A modified "type B" major consists of the seven courses from Anthropology (as described above) and four courses that are not from a single department or program. Only approval of the Anthropology chair (or approved faculty delegate) is required. When a student completes the major, it will be entered in the permanent record as 'Anthropology Modified.'

How to Modify Your Anthropology Major

Students wishing to modify their Anthropology major must submit a written rationale that makes clear the coherence and purpose of their modified major. This rationale must be reviewed by and approved by any faculty in the Anthropology department, and must also be submitted to the Registrar. For more information on modified majors, see the ORC/Catalog.

If you are interested in pursuing the Honors Program and the faculty approves your thesis proposal, you must enroll in ANTH 88. This course would be counted as the twelfth course beyond the eleven required to complete the modified major. 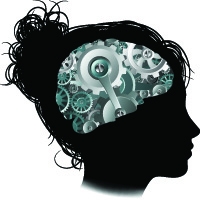 (Download to Acrobat Reader, or open with Chrome to complete online).