Check out this interesting article by Josh L Davis on IFLScience! 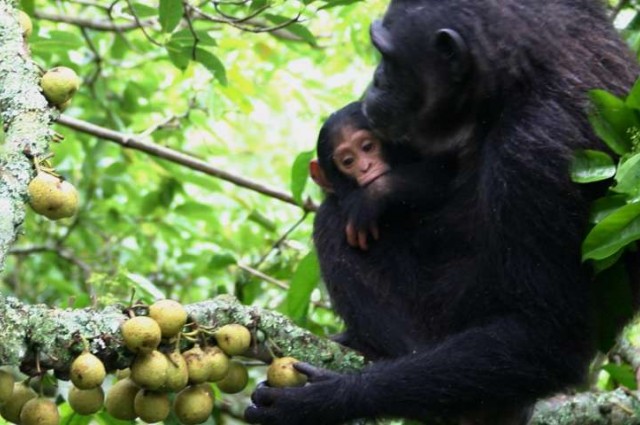 photo credit: The ability of chimps to pinch and squeeze figs could help explain why humans have such impressive dexterity. Alain Houle

One of the key features that allowed humans as a species to develop and dominate was our ability to craft complex stone tools. This skill is in turn underpinned by our fine motor control skills and the precise movement of our fingers. How we first gained this aptitude has remained somewhat of a mystery, but a new study may shed some light.

By looking at how wild chimpanzees select figs to eat, a team of researchers suggest that the dexterity they use to determine whether the fruit is ripe or not could give insight into the ecological origins of the fine motor skills needed to make tools. This is different to the multitude of other species that feed on the figs – from birds to other primates, which rely on vision and smell alone – and could give a route through which such skills could be selected for.

“The supreme dexterity of the human hand is unsurpassed among mammals, a fact that is often linked to early tool use,” explains Nathaniel J. Dominy, lead author of the study published in Interface Focus, in a statement. “A problem is that we know little about the selective pressures that favored the advanced manual skills of chimpanzees and other apes. These skills were the cognitive foundation for the origin of our extraordinary hands, a trait that made all the difference.”

Figs are a vitally important food source for up to 1,200 different species of vertebrates living in the tropics. Along with the fact that figs produce a high-energy fruit and come into season all year, the plant is a keystone species in many of the forests in which they grow. It has already been suggested that the consumption of figs by primates has driven the evolution of one aspect of their biology – the visual system – as in many species the fruits change from green to yellow or red when ripe. But not all fig species do this, with some remaining green the entire time.

This means that animals have to develop other ways in which to test the ripeness of these figs in order to gain the fruit's peak nutritional value. Many species use smell, while other primates observed by the researchers were found to test them with a little bite. The chimps were found to do both of these, but they also did something no other species did: They gave them a little squeeze.

This, the researchers found, increased the efficiency of the chimps in testing the ripeness of as many different figs as possible, giving them a substantial foraging advantage over birds and other monkeys. The researchers suggest that this could be a viable explanation as to how such fine motor skills were originally selected for and which in turn could have been used to craft tools by early humans.