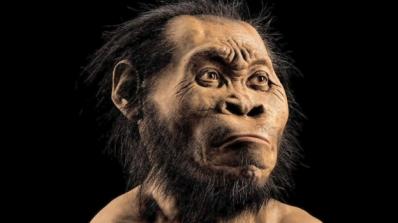 The Recent Discovery of a Distant Cousin: Homo naledi

Prof. DeSilva and a team of scholars at universities around the world are quickly working to place the newest fossil discovery into the history of human evolution.

Detailed analyses of Homo naledi shows a mosaic of both early and modern human features.

The recent discovery of a new human ancestor in the Rising Star cave system of South Africa shook the family tree. The newest member—Homo naledi—has a mash-up of ancient and modern human features, and the announcement stirred some controversy over whether the specimens are truly a new species.

H. naledi’s skull is closest to that of Homo erectus—the earliest human ancestor with many modern human traits—according to an initial study of the remains. But some of the bones in the trunk, shoulder, pelvis and femur are more similar to those of Australopithecus, an even older group of relatives known for the famed Lucy. But according to new research H. naledi's wrists, hands, feet and lower limbs are more like modern humans than these ancient ancestors.

In the first new study, a team of researchers described H. naledi feet using 107 bones, Jeremy DeSilva an anthropologist with Dartmouth College, describes in a press release. The team compared the bones from the South African cave to the foot and leg of Australopithecus sediba, an early human precursor found in a cave just a few miles from Rising Star. But H. naledi's foot looked more modern, with only subtle differences from humans today, DeSilva says.