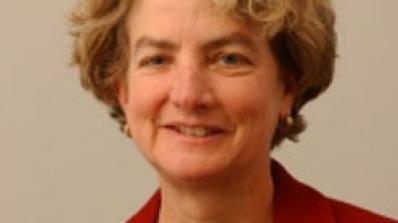 Professor of Anthropology Deborah Nichols’ approach to education transcends the classroom. “For most students, college offers the first opportunity to take courses about archaeology,” she says. “For some, doing archaeology in the field will be a transformative experience. They learn to dig with trowels, toothbrushes, and lasers while having a legitimate excuse to get dirty.”

Nichols recently facilitated adventures in archaeology for four Dartmouth undergraduates. The students are profiled in this four-part Dartmouth Now series.

Andres Mejia-Ramon ’16 was born in Mexico, and considers Naucalpan, Mexico, and East Longmeadow, Mass., his hometowns. He says the main reason he became interested in archaeology is that he has been surrounded by the ancient Mesoamerican cultures for most of his life.

“My mom would take me to Teotihuacan or the Templo Mayor of the Aztecs when I was a child very often, and from then I always had a side interest in Mesoamerican cultures,” says Mejia-Roman. “It wasn’t until I came to Dartmouth and took ‘ANTH-21: The Aztecs’ with Professor Nichols that I decided to explore the academic possibilities that archaeology can offer me.”

At one point, his classmates were talking about internships they had applied for at banks and other places in the business world. “Having absolutely no interest in anything like that, I was adamant about finding something that was equally cool, yet completely unrelated and within my interests,” said Mejia-Ramon.

Over lunch with Nichols, he learned of ongoing excavations in Mexico conducted by principal investigators David Carballo of Boston University, Kenneth Hirth of Pennsylvania State University, and Luis Barba of the Universidad Nacional Autonoma de Mexico.

“Professor Nichols graciously offered to recommend me to join their project, and, after giving it some thought, I decided this was exactly what I was looking for, and gladly accepted,” says Mejia-Ramon.

Support from the Lucas Family Fund for Undergraduate Research and the Claire Garber Goodman Fund for the Anthropological Study of Human Culture enabled Mejia-Ramon to conduct investigations at the pre-Columbian metropolis of Teotihuacan. His work was part of a greater program aimed at gaining a better understanding of the domestic aspects of life in Teotihuacan.

Mejia-Ramon’s independent research project focused on the identification of ancient, buried floodwater and irrigation canals. As Mejia-Ramon wrote in his funding proposal, “An understanding of the local hydrology would give clues as to the agricultural workings of this ancient city-state.”

The main tools employed in his work were ground-penetrating radar and multispectral aerial photography. The ground-based research was supervised by Boston University’s Carballo, while the remote aerial work was guided by Neukom Fellow Jason Hermann of Dartmouth.

“A more comprehensive map of pre-Hispanic hydraulic features would allow for a better understanding of land-use patterns, and, by extension, Greater Teotihuacan society,” Mejia-Ramon wrote in his project proposal. “As to my canals, Universidad Nacional Autonoma de Mexico has yet to finish processing the results from my work but, of the seven possible canal sites surveyed, three or four look very promising in the preliminary stage.”